To much fanfare, Johnson & Johnson’s drug company, Janssen Pharmaceuticals Inc., has been testing a new drug for treatment-resistant depression, Spravato – also known as esketamine. Chemically, the generic ketamine and Jonson & Johnson’s patented Spravato are very similar. Spravato will undoubtedly be much more expensive, so the question is, will it work better?

First, it’s hard to imagine how a nasal spray could work better than ketamine treatments for depression. With a nasal spray, a very low dose of the drug is delivered in a burst and hopefully absorbed through the mucus membranes. There’s a lot that can go wrong there. Compare this to ketamine. Ketamine can be delivered through the vein to go directly into the blood stream at a very controlled dose over time. This is IV infusion. Alternatively, cutting the costs by more than half, ketamine can be suspended in a mist and breathed in gradually over time through a facemask. This is a nebulizer treatment. Both of these delivery methods are much more controlled and reliable.

How Effective Is Spravato?

Spravato’s own testing suggests it’s not terribly effective. In two studies, the product’s results did not achieve statistical significance in important aspects. Here’s how they structured their studies. They find people with depression and start them on Spravato and a new, oral antidepressant pill at the same time. This complicates the assessment. How much of the improvement measured was from Spravato and how much was from the new pill?

The company also gave people a new pill and a placebo nasal spray. About seven out of ten people saw a 50% improvement or better from the new pill and Spravato, but a little more than five out of ten people had the same improvement with just the new pill. The Spravato and new pill combination was only about 37% more effective than the new pill alone. That could be worthwhile for some people if Spravato costs less, is more convenient, or is more effective than ketamine. The trouble is that Spravato is none of those things.

Direct Tests: Spravato versus Ketamine
Unfortunately for doctors and patients, Janssen Pharmaceuticals’ three FDA trials only compared Spravato to placebo. They did not compare Spravato to the very similar generic drug doctors have been using successfully for the past few years. Now that Spravato is on the market, someone will probably make this direct comparison in the next couple of years. In the meantime, we can try to compare outcomes is a less formal way

Here’s how effective Spravato has been in testing. In some cases, improvement occurred in as little as two days. When combined with a new oral antidepressant, seven out of ten people got at least 50% better, but we know most of that improvement came from the new pill, not from Spravato.

In our experience with nebulized ketamine, 80% of patients with treatment-resistant depression enjoy major relief. Patients start experiencing relief in 6 to 72 hours.

This matches studies with IV ketamine.1 With IV ketamine, patients experience relief in 4 to 72 hours. In one study, after only two treatments, 90% of patients got at least 50% better. After six treatments, an 85% reduction in depression symptoms was normal. And these results were not complicated by throwing in other new medications. These experiments were done on people who had not achieved enough relief from at least two other drug therapies, and no other new meds were introduced.

It’s better to have direct comparisons in the same study, but in the absence of that, we are left with indirect comparisons. When we compare the results from separate studies, ketamine is better than Spravato. Ketamine probably works faster than Spravato. Ketamine seems to be successful with a higher percentage of people. It looks like Spravato visits will take longer than Ketamine visits. In the maintenance phase, Spravato needs as many as eight times more visits every 60 days. Being a generic drug, ketamine will cost much less. In the maintenance phase, ketamine might cost 95% less! In years to come, direct comparison studies may shed new light on this question, but currently, ketamine appears to be a better treatment than Spravato for effectiveness, cost, and convenience. 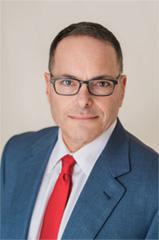 Neal Taub, MD, Medical Director Neal Taub, MD Dr. Taub received his medical degree from Baylor College of Medicine in Houston Texas after graduating Magna Cum Laude from the University of California. He has been invited to present or publish his work on more than 15 occasions at conferences such as the American College of Rehabilitation Medicine and the Association of Academic Physiatrists. Dr. Taub has served as the medical director for CMC - Mercy Rehabilitation Center, Meadowhaven Rehab and Specialty Care Center, and American Transitional Care. He also founded and currently serves as the medical director for The Taub Group in Charlotte, NC. Dr. Taub's honors include winning the P/SL Foundation Grant for medical research and the Lewis Leavitt Award for Physical Medicine and Rehabilitation. Dr. Taub is certified by the American Board of Physical Medicine & Rehabilitation.

The idea of a nasal spray has been very appealing to many. It sounds more convenient, but after the FDA approval process, it really hasn’t turned out that way.

How Much Does Spravato Cost?

Does that mean Spravato costs $5,600 to get started and then about $3,000 per month to keep going? No. It’s going to be much more than that.

Doctors all over the country, including me, are saying it has the same mechanism of action as a generic drug that’s been available for 50 years.